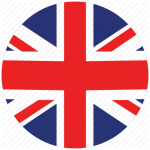 Acknowledging the importance of languages, KIS wishes to build language skill in each student. Due to this reason, KIS creates a languages study club in which students can form a group to learn the languages: Khmer, English and Chinese at the weekend. In this club, students can teach each other with coordination of teachers, and practice the language lessons which they have learned in class. This club will help children learn languages faster in the joyful environment.